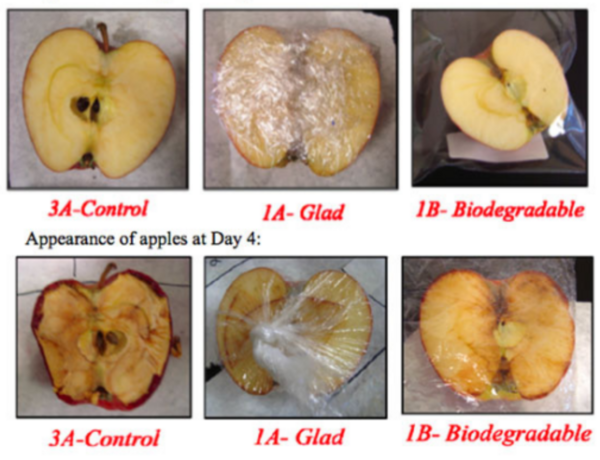 We had the opportunity to speak with Catherine Zhang, incoming senior at Shrewsbury High School and one of JEI’s first published authors, about choosing a topic, getting involved in and out of school, and her advice for other students who are thinking about publication. Catherine was the first author of ‘Effectiveness of Biodegradable Plastic in Preventing Food Spoilage‘, which was published on March 20th, 2012.


Do you remember when you first became really interested in science?

I think it was probably science fair. Before then I always liked science, but I never saw myself working in the lab because I’d never had any hands-on experience. Science class up until that point had always been very textbook based, and I hadn’t thought of it as something that I could pursue and learn about in my own time. Everyone in my freshman year bio class had to participate in the science fair, and I’ve been really lucky to have teachers and parents that gave me a lot of help after school, too.

What led you to pick the subject of biodegradable plastic and its effectiveness against food spoilage?

I knew that I wanted to do something in the environmental field because at the time it was so prevalent in the media and it seemed like the most appealing field to go into. I had heard a lot about biodegradable plastics, but I didn’t really know much about it, so I started looking into it myself. There was a lot of information about how those products degraded in the environment after they were thrown away, but not much about how effective it was from the consumer’s point of view. I wanted to address that because I saw that as an important part of bringing biodegradable plastics to the forefront of the consumer goods field, especially considering that they tend to be more expensive than traditional plastics.

Were there any role models or mentors that inspired you to work on that project?

My biggest mentor was by biology teacher, Mrs. Carter. She stayed after school with me for three or four weeks to help with the work and was really encouraging and helpful with organizing my thoughts after that. Sophomore year I worked in an actual lab at UMass Amherst with Julie Goddard, who was really generous with her time in the lab and talking to me about our work and our results, and I really feel indebted to her for that opportunity.

The plastic you used in the study was donated. What do you think about the balance between scientific objectivity on one side and access to resources from cooperating with businesses on the other, given that they might have a vested interest in the results of a study?

It wasn’t a tough balance personally, because the person I worked with on that, Allan King, was at a distributor rather than the manufacturer, and he was able to just give me the samples and be very hands off. But on the bigger scale I think it’s very difficult to maintain that balance because bigger companies may want to see the data skew a little, though not necessarily have a predetermined conclusion, and I think that leads to some major potential conflicts of interest. I think the public’s perception of this kind of thing can be very damaging especially in the environmental sciences field, with situations like oil companies sponsoring or performing research on the impact of their activities.

Did you find out about JEI before embarking on your project, or did you start the work and decide to try publishing it later?

I had actually completed my project and was at the state science fair when someone from the JEI was handing out flyers, so I checked out the website and decided that there was really nothing to lose. So I did a lot of editing over the summer to make my paper a lot shorter and more concise. I still got back a lot of revisions, but that was what got me started.

Compared to setting up and performing your activities in the lab, how time consuming was it to get your work published?

It was definitely not as much as the time I spent on the project. That was about half a year’s worth of research and planning, and then doing the work and writing. Editing the paper for publication, just the process of sitting down and rearranging and rewriting parts, took about as much time as writing it in the first place.

What was the biggest impediment you faced while preparing your work for publication?

I personally think the biggest one was just doing the actual organization of it, because I think that with a science fair project you have to generate a lot of the content that JEI requires, but the way you present it in a science fair is very different than in a published scientific article. Organizing and condensing my research to weed out the unnecessary information was the hardest part.

While you were working on your article, was it easy to find the information you needed to satisfy the submission requirements?

I think the website was pretty helpful. I was also very fortunate to have two parents who work in the sciences, so they were able to give me a hand by give me examples of papers to look at so I could see proportionally how much was devoted to each section. I had started with about 70% in background and 20% spent on conclusions, but that turned out to be a really bad balance.

What are you doing these days?

I’m actually going to be a senior next year. I was supposed to intern at UMass Memorial Medical Center this summer to work on a cancer research project that’s going on there, but it turns out you have to be 16 to do that. So instead I’m volunteering at a local elementary school for science classes and working part time at a local library.

I’m also starting to look at colleges and work on essays, but for the time being I’m still sort of overwhelmed by the whole process. I’m trying to whittle down my list of colleges and work on a personal statement over the summer, and let the rest of it happen in the fall.

How did you find out about that opportunity at UMass Memorial?

My AP bio class took a tour of the facility, and afterwards one of the researchers, Steve Doxsey, came to visit us at school and I found out about it by speaking with him.

What do you want to pursue once you get to college?

I definitely want to study environmental science, but it’s a pretty big field so beyond that I don’t really know. I’m also interested in ecology, and a lot of the schools I’m looking at are now starting to open that up as a possible major that weren’t a few years ago, so that’s improving my options.

Do you feel like your experience working on your article informed any of your career or educational choices?

I definitely think that having this experience is going to impact my future because of how much it’s improved my science writing. Before submitting, I was structuring most of my work as typical five paragraph essays rather than what you would see in a real study. Also, having the opportunity to get comments and critiques from the scientists on staff was really interesting and stimulating because it gave me insight into how they think and their approach toward scientific questions. Beyond that, I also really appreciated the opportunity to share my work and to read about the work that other students are doing.

Do you have any advice for students who are thinking about trying to publish with JEI, or pursuing science as a career in general?

Well, specifically for JEI I’d say just go for it. I know that the process can be really daunting in terms of submitting your paper and having it come back with two or three pages of critiques. That can be really hard at first, but it’s important to know that the editors are not trying to diminish your work but are really trying to help you package it in such a way that the public can access it and understand it. I’d say that presenting your work properly is just as important as doing it in the first place, because if people can’t understand it then its significance is diminished.

Outside of JEI, I’d say definitely try doing a science fair project. It can be a great experience both in learning about what you enjoy working on but also in terms of the people you meet, the scientists and teachers and other students who can help you with your work. I’ve made a lot of good friends at science fairs. This is going to sound really cheesy, but it’s probably one of the most influential aspects of my high school career because it really shaped what I want to do in the future so much.