The Author’s Take: Josh Seides Author of "The Effect of Delivery Method, Speaker Demographics, and Physical Environment on the Engagement Level of Older Adults" 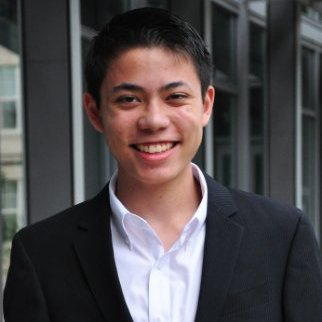 We recently chatted with Josh Seides, founder of the national non-profit Technocademy, Inc. and rising senior at Alpharetta High School in Atlanta, GA.  His recent article, "The Effect of Delivery Method, Speaker Demographics, and Physical Environment on the Engagement Level of Older Adults,” was published on May 24, 2015, and focuses on how to tailor technology lessons to an older audience.

How did you first become involved in the project published recently in JEI?

I first became involved in the project because of my non-profit called Technocademy, Inc. We teach seniors and veterans how to use computers and other technology popular today.  To increase the effectiveness of our classes, I asked: “How do we capture the attention of the seniors and veterans in our audience?” When I found that there wasn’t much research out there about methods to capture the attentions of older adults, I decided to do my own research.

Did any of the results surprise you?

Yeah. The kinesthetic approach (a learning style where students perform the activities instead of listening to a lecture) really worked. I kind of suspected that would be the case.  It was so much more effective than the other methods. As a result, the non-profit has shifted more to interactive activities and that has really helped us.

Can you take us through the timeline of the project?

I started the non-profit in 2012, during my freshman year in high school. As for the research, I began that in June 2014.  I started talking with a professor from Emory University about the best way to study the learning habits of senior citizens and veterans.  The professor told me about the possibility of doing a survey and she helped me carry it out.  In July I met with Professor Mitzner (from Georgia Tech) and she helped me make adjustments on the research paper. I finished the first draft of the research paper in August. We edited for a few months. I think we submitted in early February.

What was it like to work with Professor Mitzner?

It was great.  She was really helpful. Every time I submitted a draft, she provided a lot of suggestions and comments.

What was the most challenging part of the process?

Mainly, the hardest part was collecting the data. For the surveys, I had to make sure that we had enough people to represent the general population of seniors. It took a while to recruit that many people.

What would you tell people who have finished with a project and are trying to write about it?

Well, don’t procrastinate. (Laughter).  It’s important to spend time writing and analyzing because there are always new ways to look at the data.  If you wait until the last moment, you obviously can’t take the time to fully think about your data and what it might mean.

Why did you become interested in studying older adults?

My grandparents live far away.  They always have trouble communicating with the rest of the family because they don’t know how to use the technology. So every time I visit them, I teach them about technology, such as how to use the internet. I did some research on classes for seniors and found that there was not a lot out there.  In the end, I decided to start a non-profit.

Can your grandparents use technology pretty well now?

What feedback do you get from older adults about Technocademy, Inc.?

We have received so many positive responses about the program.  Grandparents are now able to reconnect with friends and family because of our lessons.  For example, we helped one woman retrieve 23 unread voicemail messages from her daughter.  Another woman was able to use Word to type a letter to her grandson.

What’s the next step for you, both for your non-profit and your research?

The non-profit is actually releasing a mobile app in the next few weeks. We are also starting new chapters at different places in the United States to expand our hands-on approach, going off the kinesthetic findings of the study. As far as research, I’m still considering what to do next with Dr. Mitzner.

What advice do you have for other high school students who would like to go through the process of doing their own research and potentially getting it published with JEI?

My advice would be to pursue something that you are passionate about. Make sure you arduously follow the correct steps of research and do not take any shortcuts. Be patient and thorough in your results.